Marketing Marijuana – and some of the weird rules

Posted on December 11, 2018 by adriangstewart

Because cannabis is becoming legal on a state by state basis the regulations around its marketing are equally fragmented. If you take the fragmented state by state approach and layer on an inclination by states to develop elaborate regulations, rules and taxes. Some of what follows is hard to believe – a case of fact being stranger than reality. 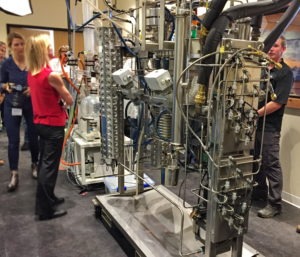 Delaware. In Delaware, print and broadcast advertising is not allowed. Instead, medical marijuana-related advertising is only permitted in directories and phone books

Michigan. The Marihuana Tax Act of 1937 spelled marijuana as “marihuana,” so why change it now? Michigan still uses that spelling in the Michigan Public Health Code and in the Michigan Medical Marihuana Act passed in 2008.

Oregon. Signage rules in Oregon are quite easy to follow because the only font allowed is bold, 80-point Times New Roman or Arial. No other sizes and no other fonts are allowed.

Massachusetts. Medical marijuana dispensaries are not allowed to produce or sell any kind of T-shirts, novelty items, or promotional gifts.

Washington DC. In Washington, DC, marijuana may not be sold anywhere that also sells gasoline, apparently to prevent impaired driving. But that’s not all. Marijuana cannot be sold in any location that also offers auto repairs.

It’s complicated even confusing – choose a marketing agency that reads the small print, so you don’t have to.